WFRP 2nd edition was created by Chris Pramas and the awesome folk at Green Ronin under license for Black Industries. In between working on several books in the line (Children of the Horned Rat*, Night's Dark Masters, Realm of the Ice Queen, The WFRP Companion**, Shades of Empire), I produced a lot of extra material as well. Some of it in the form of songs, including the infamous career song which has been described as the best rules explanation in song in the history of rpgs . You can find the songs here.

Swords of the South: A Guide To Estalia 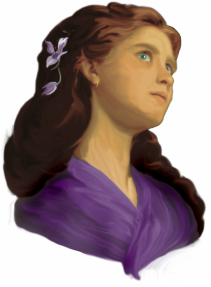 Seven years in the making, this 144-page guide was the tireless work of me and several other amazing people, in writing, layout, art and construction. It contains everything you ever might want to know about Estalia and we worked hard to make it as good as any published supplement Green Ronin might have produced. Rules are for 2nd ed but of course you can use it for any edition. Includes new talents, careers, monsters and magic, plus a full history, geography and gazetteer of most of the Countless Kingdoms. There's even the fabled Random Beard Table.

Rules for playing Skinks and Saurus characters in the Old World.

The former has 10 new spells for each Lore, the latter has new Lesser Magic, new Petty Magic and new Rituals - all up there are more than 100 spells here: a must have for any game with a spellcaster.

Denizens of the Empire

People your Old World with eighty fully statted characters of various levels to use as PCs, NPCs or adventure inspiration. Also includes the infamous Is Your Doctor A Servant of Chaos? quiz.

Slang of the Empire: General, Of Thieves and Of Wizards

Three lexicons of phrase, cant and argot so you can talk like a native. Thanks to other WFRP2e forumites for contributions to these!

Adventures: This Old House and The Show Must...

Both of these were runners-up in the scenario competitions (different years) run by Black Industries. This Old House involves unraveling the mysteries underneath a town with a secret after the PCs inherit a property. The Show Must... casts the characters as stunt doubles for a glorious comic operetta, that must take to the stage, even if there is murder afoot.

Where Did You Get Your Hand Weapon?

Every single character in WFRP begins the game with a hand weapon - a sword, axe, mace, club or hammer. Perhaps even a shovel. But where did they get such a marvelous thing? Roll and find out! 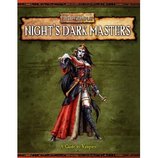 Of the vampire clans that prey upon the Empire, there are five chief clans, each of which can trace their bloodlines back to five of the original courtiers of Neferata in the days of Lahmia. But there were more than five in Neferata's court, and many have wondered about her other children...

Ron Schwalb wrote some wonderful rules in Children of the Horned Rat for designing skaven warptech experimental devices, but the examples were cut for space. Always one to fill a need, I came up with thirteen of my own. Now with improved layout by Dreadaxe!