Relics - A Game of Angels

"God's away on business"

Relics: A Game of Angels is the flagship product of Tin*Star Games. Players take the role of earthbound angels, abandoned by God, trapped with humans and surrounded by enemies. 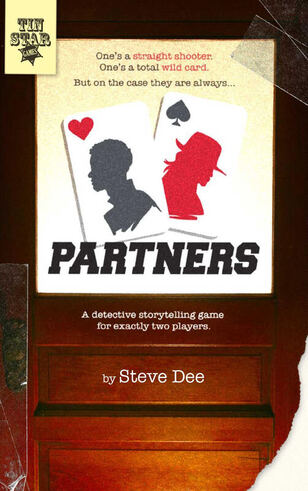 "I don't care if you don't like each other, you two are on the case"
A roleplaying game unlike any other, for just two players. Build the mystery as you solve it, with your irascible partner by your side. 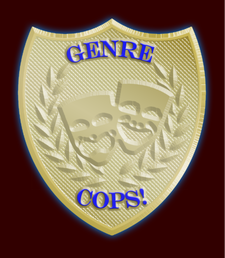 "Goddammit, Children's Show Cop! You're a loose cannon! You solve this case or I'll have your badge - and I'll give it to Pre-Teen Show Cop! Yeah, you heard me!"

It's a tough beat in Central, the city where all genres meet. But the cops are even tougher. And you're one of them. This unique RPG by Gareth Willcock is insanely simple and simply insane, and will have you laughing your head off with no prep and no limits except your imagination. And it comes with a deck of cards perfect for storytelling and parlour games (rules included!)

The Tin Star - A Western Storybuilding Game For One 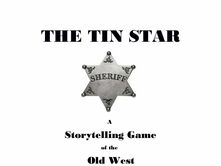 “You're poor your whole life and in the end you wind up dying all alone on some dirty street. For what? For nothing. For a tin star.”

​The Tin Star is a Storybuilding Game for One or More Players. Tell a dark tale of a sheriff, an outlaw and their bloody past and violent conclusion, all in thirty minutes with nothing but a pack of cards.

"And the gates of this Chapel were shut, and Thou Shalt Not writ over the door"

​It Is Forbidden is a unique storytelling and worldbuilding game that breaks down cultural clashes as it builds those cultures. For 4 or more players, and no gamemaster required.

Afraid of the Dark - A Horror Roleplaying Game 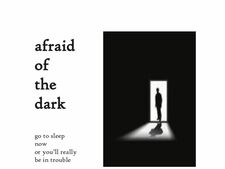 They told you to go to bed. But there's a monster under your bed. They don't believe you. But it's real. And nothing can kill it. Sleep tight.

​Afraid of the Dark is a dark horror game designed for short games with one to six players plus a GM.

Daughters of Exile - A Game of Love, Duty and Rebellion 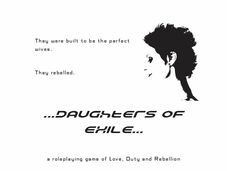 "If I were a man, I would eat his heart in the marketplace"

Daughters of Exile is a science fiction game set in a future world that echoes the world of Shakespeare, especially that of women. Players play wife-robots, women who are literal objects, trying to find a path to rebellion. For one GM and one or more players. 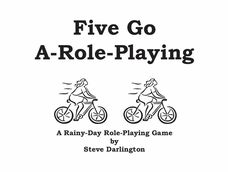 Five Go A-Roleplaying is based on the works of Enid Blyton and will thrill adults with fond memories and children alike. For one GM and one or more players.

There Is No Spoon 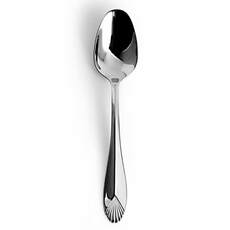 There Is No Spoon is a game based on a movie you might have heard of. It was my first big success and I wouldn't be making games if people hadn't embraced it and supported it so much. You can download it for free.